Few days ago, I came across a news report in Hindustan Times, about the plight of widows of farmers who had taken their own lives. The widows had not yet received compensation despite promises, and life as widows meant a life of vulnerability and unaddressed emotional needs. It was a good report, yet the accompanying photograph was disturbing. 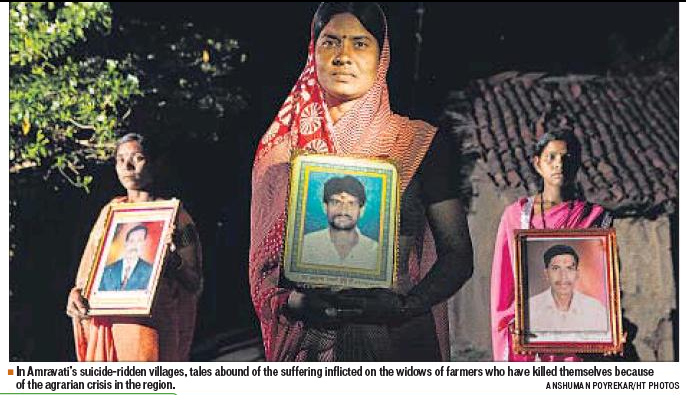 To begin with, it was a staged photograph. I understand that often photojournalists (and so do I) have to recreate scenes in order to tackle bad light, or simply because, sometimes, the composition is not visually effective. Staging a scene is still journalism, as long as the truth is being conveyed. But this photograph was staged in a way that was condescending to the women being photographed. It seems that the photograph was taken with severe lighting constraints, yet this is not justification to make the women seem as poor helpless widows. I have a problem with the triangular position instructed by the photographer, because this makes the scene so forcible constructed.

Besides the aesthetics, I am livid that the women were made to carry the photographs of their dead husbands. Where is the sense of respect towards someone who has suffered loss? Perhaps they did not utter a word when they were instructed to stand in that order. Perhaps, for them, this photograph after all would get noticed, and they would deserve the due they had been promised.

From my previous experience of working with photojournalists on assignments, it was unbelievable to watch them wield power over those who had to be photographed, especially with those who are in the vulnerable section of the society. The consciousness of class difference would automatically bring in a sense of humane indifference.

Let's imagine these three women as widows from a fancier part of Bombay. Would the photographer dare ask them then to stand carrying the photographs of their dead husband, and construct their spatial triangular position, and go click-click-click?

This photograph disturbs me because it does not elicit a sense of respect towards the women, even though the intentions might have been otherwise. Did the photojournalist see anything beyond pity, which he translated through his photograph?

I want to see a photograph where the pride of moving on in their lives, despite the strife, is visible. Let's assume one of these women had a toddler for a child. Let's assume she could not stop grinning upon watching her child gurgle. To me, that would have made a stronger photograph, for it would show me her desire to move on, and her strength and hope in raising a child, despite all odds. If this news piece is an attempt at making the woes of the widows heard, the photograph ought to convey that, instead of looking down upon them.

But I guess editorial boards have a narrow mandate of how a photograph ought to be. The blurred lines are hence erased: a sad story needs to go along with a sad photograph only. When a photojournalist has the ability to turn around the way we view society, it is appalling that stereotypes (of pity, in this case) continue to thrive.

Photographer Tejal Pandey knows this position too well, when her attempts at shifting perceptions have been thrown in the bin, so that the line is not crossed beyond that what is comfortable and safe. Few years ago, when she worked with The Times of India, she was sent to photograph the marathon. Her editors wanted to see images of the sport through sweat and muscles. But Tejal saw something else. 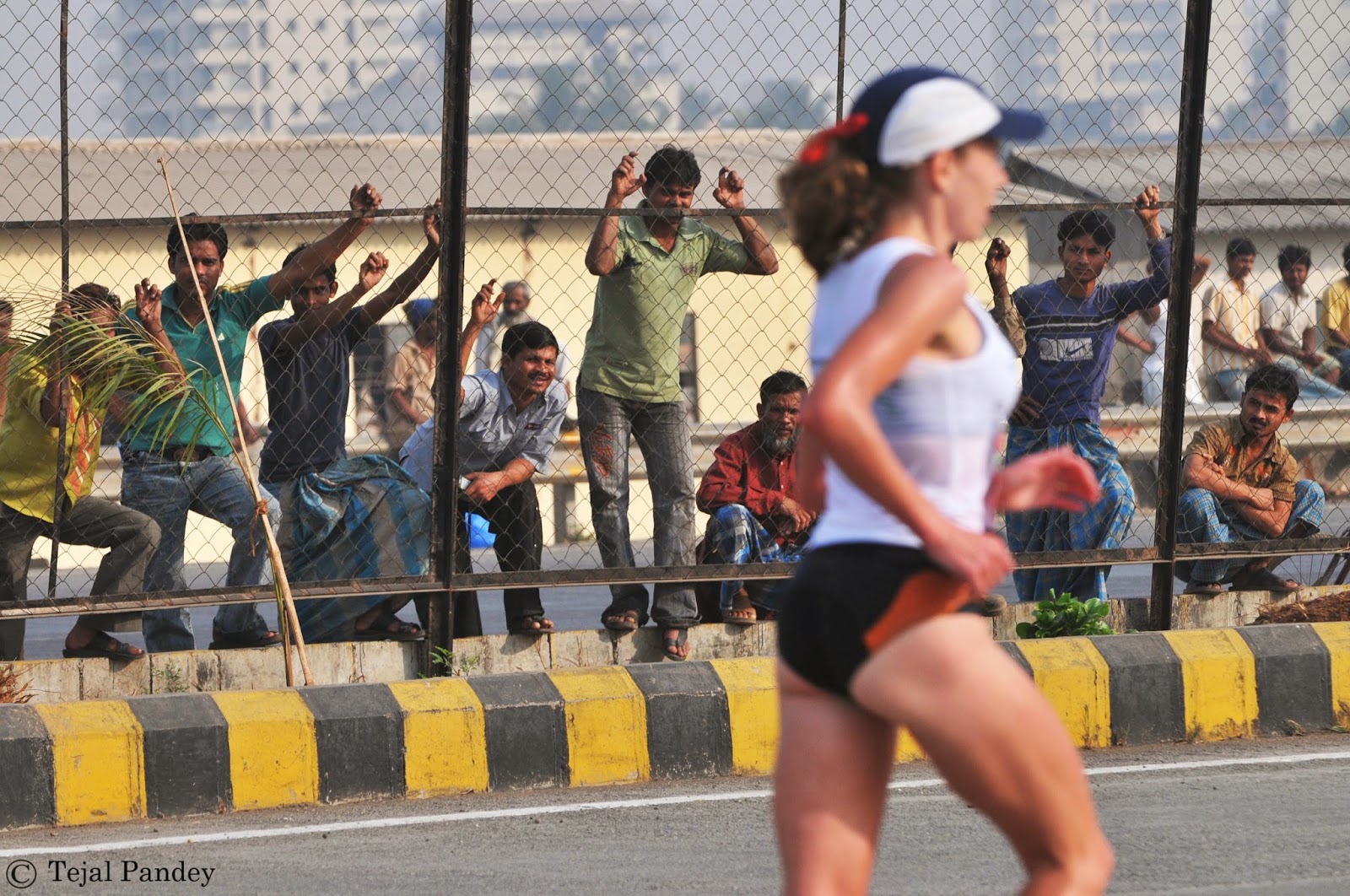 Tejal describes what she photographed, and how it was perceived:

When I reached the venue, I was aghast at seeing these men leering at a female athlete. For them, she was just someone to be ogled at. I took the photograph to my editor, with a caption in mind that would reflect what I had seen. But it was very sad when the underlying truths behind this photograph was ignored, and the photograph was published with a caption that just mentioned that another athlete was running. At such times you realise that your image is likely to get modified so that it fits into a certain framework that the publication wants to put forward and in this case the real message was ignored beyond what might seem obvious – just talking about the marathon and the athletes is fine, but it is not okay to write about the men leering at her... because that would call for another angle to the story, perhaps that of how Indian men look at sportswomen, or at how our blinkered perspective on appropriate clothing cripples our views on sports or sportspersons.

Going back to the original photograph that prompted this post: the photojournalist – Anshuman Poyrekar – is a dear friend. He was the first photojournalist I worked with, in my first assignment in my first job as a journalist at The Asian Age, eight years ago. The assignment was to visit the Marriott Hotel, where a chef was making a series of exotic chocolate delicacies. I was nervous there, but Anshuman had eased me saying that we journalists are the boss, when we are covering an event. When the public relations executive asked us if we would like to have coffee, he had said a prompt yes, while mine was a hesitant one. As the PR executive disappeared, I whispered into Anshuman's ear, “I shouldn't have said yes to the coffee. I cannot afford the coffee! This is the Marriott! Please pay now on my behalf and I will repay you when I reach office.” Such was my naivete, and Anshuman laughed aloud. But he was kind enough to keep this a secret and not embarrass me before my colleagues in the office.

Anshuman is a senior, and a gifted photographer. I only hope that he understands that we journalists are indeed powerful, and hence we ought to use this power to change perceptions, through the stories we tell or photograph.